Reserves and National Parks of Botswana 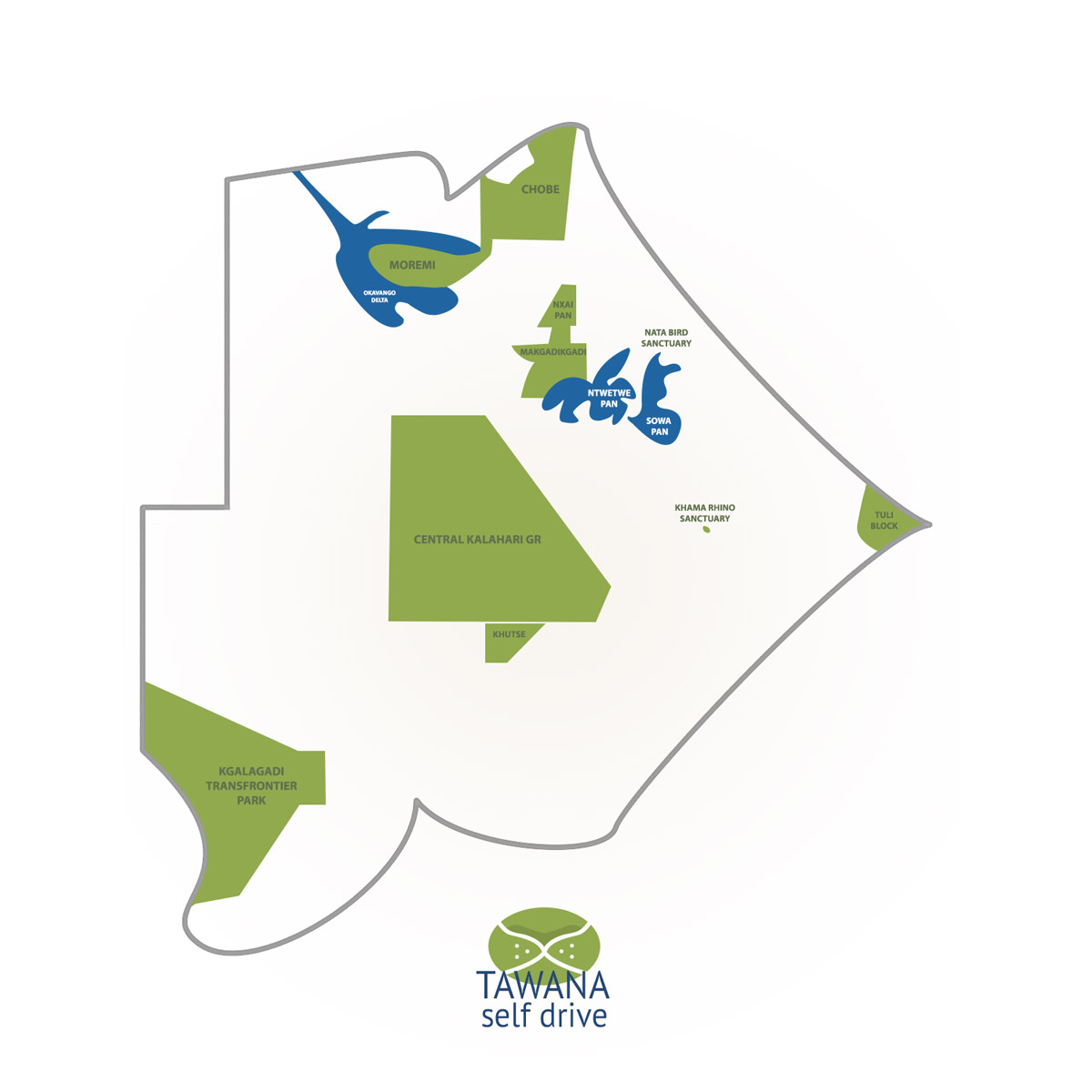 With 37% of the land devoted to conservation, Botswana is one of the best nature and wildlife destination and a real success story! The country counts 4 national parks and several public and private reserves, and is particularly known for having:

Situated deep within the Kalahari basin, the Okavango Delta is called the “Jewel of the Kalahari”. This iconic area of Botswana is the world’s largest inland delta, offering an extraordinary natural beauty and an unforgettable game viewing. A recent overview records 122 species of mammals and 444 species of birds.

One-third of the Delta is covered by Moremi Game Reserve. It is the first reserve in Africa that was established by local residents. Moremi includes the very famous Chief’s Island and is one of the richest and most diverse ecosystems on the continent. The game viewing is spectacular and the re-introduced rhino makes the reserve a Big Five destination.

Moremi is a very popular place for the self drive and is often combined with the Chobe National Park to the northeast.

Time to visit: Year-round. Mammals watching is better from June to October and birds watching from November to May. Water is higher from July to September.

Highlights: Mokoro on the Delta numerous channels, sunsets at Third Bridge, watching wild dogs and leopards in the Khwai area.

Chobe National Park is the second largest park in Botswana and hosts the most diverse game concentration on the African continent. The park is divided into 4 main areas, including the Chobe River Front with floodplain and teak forest, the Savuti channel and marsh, the Linyanti swamps in the northwest and the Nogatshaa-Tchinga area in the eastern part.

The most accessible and frequently visited is Chobe River Front. This area is famous for its large herd of elephants and buffaloes. During the dry season, you may be surrounded by elephants in the Serondola area and watch some of them bathing and playing in the river.

In the south, the Savuti area is excellent to see high concentration of predators, particularly lions and hyenas.

Time to visit: Year-round. Wildlife is very present along the River Front during the dry season.

Highlights: Taking a boat cruise and watching elephants bathing in the river, meeting the puku antelope on the floodplain (this is the only part of Botswana where they can be seen), watching lions around Ihaha, listening lions and hyenas fighting for a prey during the night. 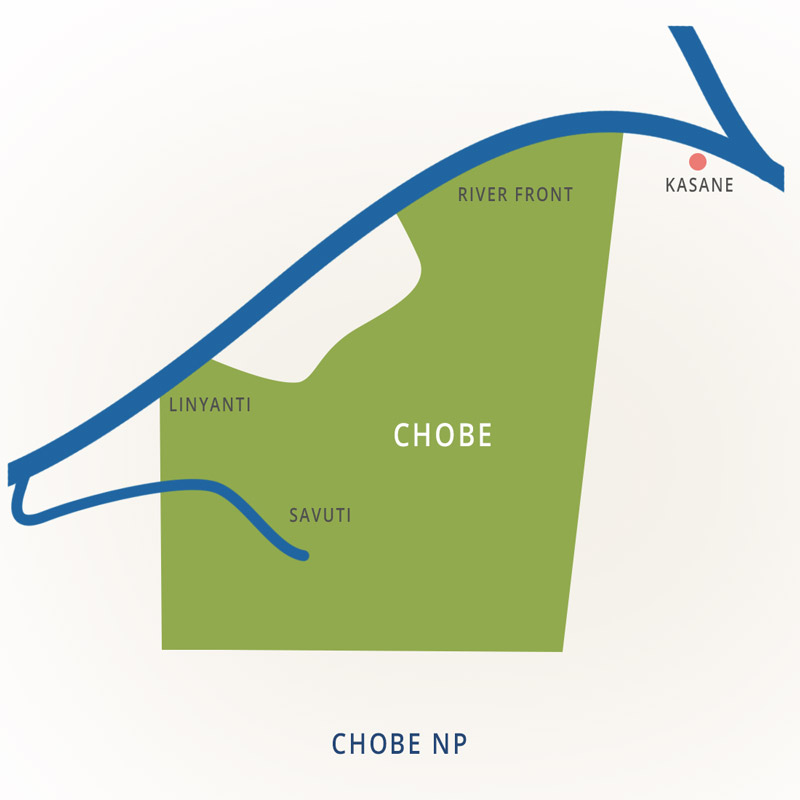 A variety of lion, giraffe, springbok, bat-eared fox, ostrich can be seen in both areas. During and following heavy rains, zebras and wildebeests migrate on the grassy plains.

East of the national parks lies the popular campsite Lekhubu (Kubu) Island with its amazing shaped baobab trees and Sowa Pan which attracts large number of flamigos in summer, a must-see in Botswana !

Time to visit: The parks are interesting year-round but the best time to see herbivores migration or flamigos is during the wet season, particularly from December to February. During the dry season, wildlife is more erratic but it’s the perfect time to sleep under the stars or close to the baobabs!

Highlights: Meerkats experience, overnight under the stars, watching the migration of zebras (the second most important migration in the continent), watching flamigos congregation at Sowa Pan, camping at Kubu island. 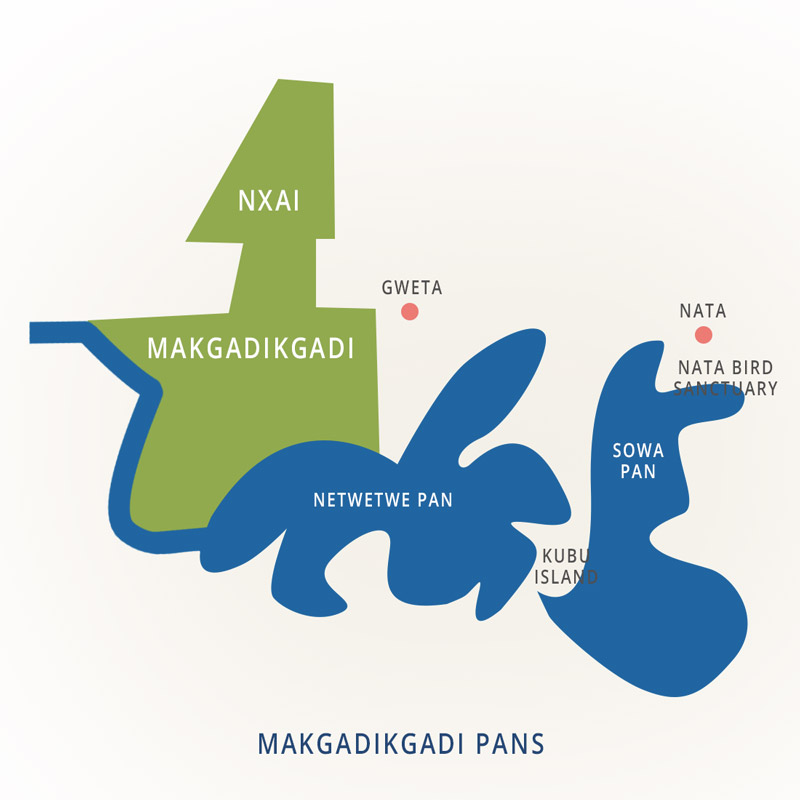 The Central Kalahari Game Reserve is the largest, most remotely situated reserve in southern Africa, and the second largest wildlife reserve in the world!

During and after the summer rains, the northern grasslands attract herds of springbok and gemsbok, as well as wildebeest, hartebeest, eland and even giraffe. The dry season is a nice moment to see big cats and particularly cheetah, and other rare species as brown hyena.

This reserve was established in the 1960’s but self drive and tours are allowed only since 1990’s.

Khutse is situated on the south and is only 240km drive from Gaborone. It consists on series of pans where wildlife congregates during the summer.

Time to visit: Herds of herbivores can be seen during and after summer rains, from November to March. Predators are present all year round but are more difficult to see during the dry season.

Activities: Self drive, game drive, bush walks with the San.

Situated in the extreme southwest corner of Botswana, the remote and isolated Kgalagadi Transfrontier Park straddles Botswana and South Africa.

There are 3 main areas to explore: the Nossop River Valley, along the border, the wilderness trail on the Botswana side and the Mabuasehube area. This part of the KTP comprises a series of large pans where game viewing is particularly good. All major predators can be seen, including the famous black-maned lion, cheetah, brown hyena.

Time to visite: The reserve is interesting year-round but the peak game viewing is from November to March which is also less hot during the day.

Highlights: Taking picture of the red sand dunes, meeting the black-maned lion, searching for small and typical mammals such as Cape fox, Aardwolf or black-footed cat, feeling wild and free on the wilderness trail! 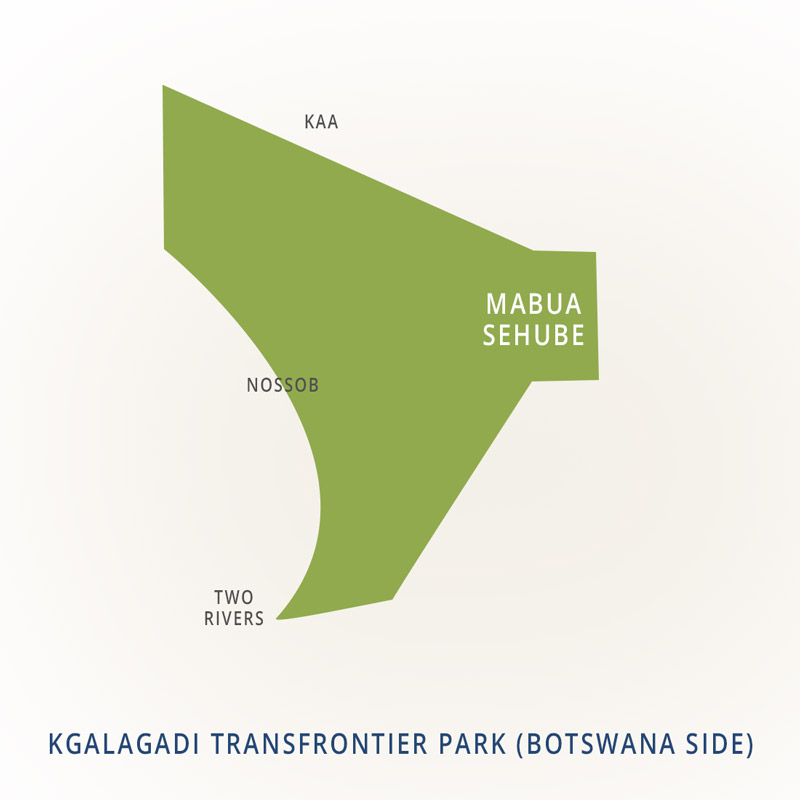 Located near Gaborone, Mokolodi is more a sanctuary than a wild reserve. Some activities are particularly interesting there such as giraffe tracking, rhino tracking or just biking!

Khama Rhino Sanctuary is situated near Serowe and is dedicated to the rhino conservation. The place affords the opportunity to see both black and white rhino, as well as other wildlife species. It’s a perfect stopover for selfdriver arriving from South Africa or visiting the eastern part of Botswana. The reserve offers different activities such as rhino tracking, guided safaris or walking safaris.

Situated between the Delta and Chobe National Park, these 3 private concessions offer amazing wildlife viewing in a beautiful landscape. The terrain varies from channels to riverine and inland forests to grassy plains.

During the dry season, the permanet water of Linyanti and Kwando rivers attracts wildlife from northern of Botswana, including buffalos, elephants, roan antelopes and more…

The rocky terrain provides nice habitat for leopards and lions, cheetah or wild dogs are often seen as well.